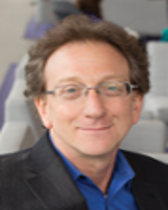 Ken Alder (Ph.D., History of Science, Harvard) is Professor of History and Milton H. Wilson Professor in the Humanities. He studies the history of science and technology in the context of social and political change. His first book, Engineering the Revolution: Army and Enlightenment in France (Princeton, 1997; Chicago, 2010), won the 1998 Dexter Prize from the Society of the History of Technology. His second book, The Measure of All Things: The Seven-Year Odyssey and Hidden Error that Transformed the World (The Free Press, 2002), examined the origins of the metric system in Revolutionary France. The book has been translated into 12 languages and won the Davis Prize (HSS), the Dingle Prize (BSHS), and the Kagan Prize (The Historical Society).

His most recent book, The Lie Detectors: The History of an American Obsession (The Free Press, 2007; Bison Books, 2009) examines the fraught relation between truth and justice in twentieth-century United States. He is currently working on two projects. The first traces the history of the forensic sciences from the Renaissance to genomics so as to explore the shifting relationship between identification and identity. The second examines the history of “artificial beings” (aka artifacts). For his work he has been granted fellowships from the National Science Foundation, the American Bar Foundation, and the Guggenheim Foundation. He has served on the executive council of the History of Science Society and the Society for the History of Technology, and is a member of the American Academy of Arts & Sciences.