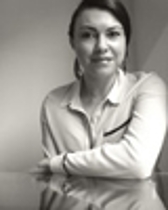 Lina Britto (Ph.D. New York University) is an historian of modern Latin America and the Caribbean. Her work situates illegal narcotics networks in Colombia, particularly marijuana, in the context of a growing articulation between the country and the United States during the Cold War. She has published in Revista Contemporánea, the Hispanic American Historical Review (spring 2015), North American Congress on Latin America (NACLA) and El Espectador (Colombia).

She is preparing a book manuscript on Colombia’s marijuana boom in the 1970s based on extensive fieldwork and oral history in the Colombian Caribbean, as well as archival research in Colombia and the United States. Her courses at Northwestern focus on the hemispheric history of narcotrafficking, the war on drugs, popular music, and oral history.