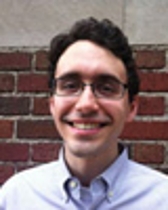 Daniel Stolz (PhD, Near Eastern Studies, Princeton University) works on the history of modern science, technology, and Islam, with a geographic focus on Egypt and the Ottoman Empire. His first book, The Lighthouse and the Observatory: Islam, Science, and Empire in Late Ottoman Egypt, is forthcoming in 2018 in the Science in History series of Cambridge University Press. Weaving together the cultural history of state observatories and science periodicals with the emergence of Islamic reformism, the book shows how new institutions of astronomy not only shaped the development of the modern Egyptian state, but were also enlisted by Muslim activists to advance a project of religious standardization. Prof. Stolz’s research has previously appeared in the International Journal of Middle East Studies and Bulletin of the School of Oriental and African Studies. He is currently beginning a new project on the history of Ottoman public debt in the late nineteenth century.

Prof. Stolz offers courses on science, technology, and religion, in the Middle East and in global context. In 2017-2018, his course offerings include Introduction to Modern Science and Medicine (History 275-2, Fall), Science and Religion in Global History (History 300-40, Winter), Environment and Energy in the Middle East (History 392, Winter), and Creationism: A Global History (History 395, Spring). Prof. Stolz also co-teaches the first-year seminar “Biological Thought and Action” with Prof. Heather Pinkett (Molecular Biosciences). Previous course offerings include Technology and Society in the Modern Middle East (History 392), and Islam, Science, and Modernity (History 300).