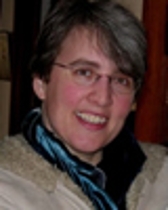 Helen Tilley (PhD, History, Oxford) is an Associate Professor of History with affiliations to the programs in African Studies, Global Health, and Environmental Policy and Culture. Her work examines medical, environmental, racial, and anthropological research in colonial and post-colonial contexts, emphasizing intersections with environmental history and development studies. Her book, Africa as a Living Laboratory: Empire, Development, and the Problem of Scientific Knowledge (Chicago, 2011) explores the dynamic interplay between scientific research and imperialism in British Africa between 1870 and 1950.

She has also written articles and book chapters on the history of ecology, eugenics, agriculture, and epidemiology in tropical Africa, and is co-editor with Robert Gordon of Ordering Africa: Anthropology, European Imperialism and the Politics of Knowledge (Manchester, 2007) and with Michael Gordin and Gyan Prakash of Utopia-Dystopia: Historical Conditions of Possibility (Princeton, 2010). Her current project seeks to explain the different scientific studies and legal interventions in the twentieth century that originally helped to construct “traditional medicine” as a viable category of research and policy-making, especially in the contexts of decolonization and the Cold War. She has received grants for her research from the Wellcome Trust and the National Science Foundation.